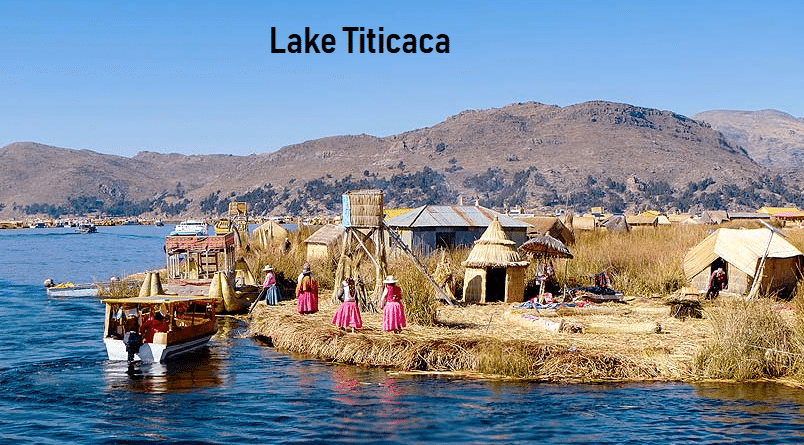 Lake Titicaca: Spanish Lago Titicaca, the world’s highest lake navigable to large vessels, lying at 12,500 feet (3,810 meters) above sea level in the Andes Mountains of South America, astride the border between Peru to the west and Bolivia to the east. Titicaca is the second largest lake in South America (after Maracaibo). It covers some 3,200 square miles (8,300 square km) and extends in a northwest-to-southeast direction for a distance of 120 miles (190 km). It is 50 miles (80 km) across at its widest point. A narrow strait, Tiquina, separates the lake into two bodies of water. The smaller, in the southeast, is called Lake Huiñaymarca in Bolivia and Lake Pequeño in Peru; the larger, in the northwest, is called Lake Chucuito in Bolivia and Lake Grande in Peru.

The meaning of the name Titicaca is uncertain, but it has been variously translated as Rock of the Puma or Crag of Lead. Titicaca lies between Andean ranges in a vast basin (about 22,400 square miles [58,000 square km] in the area) that comprises most of the Altiplano (High Plateau) of the central Andes. In the snow-covered Cordillera Real on the northeastern (Bolivian) shore of the lake, some of the highest peaks in the Andes rise to heights of more than 21,000 feet (6,400 meters).

The lake averages between 460 and 600 feet (140 and 180 meters) in-depth, but the bottom tilts sharply toward the Bolivian shore, reaching its greatest recorded depth of 920 feet (280 meters) off Isla Soto in the lake’s northeast corner.

The Titicaca Lake is located in the plateau of the central Andes, with an altitude of 3812 meters over the sea level, between the countries of Perú and Bolivia, with an extension of 8562km, with a depth of 281 meters. The Lake is divided in two parts: The major lake called Chucuito, with a surface of 6450km, and the minor Lake called Huiñamarca with a surface of 2112km. Is the tallest and navigable lake in the world and is the 19th lake with his surface.

Where Is Lake Titicaca

In Andean belief, Titicaca is the birthplace of the sun. Set between Peru and Bolivia, it’s the largest lake in South America and the highest navigable body of water in the world. Bright days contrast with bitterly cold nights. Enthralling, deep-blue Lake Titicaca is the unifying, longtime home of highland cultures steeped in the old ways.

In pre-Inca times one of the cultures that inhabited around the lake was the Chiripa culture, they lived on the south side of the lake, leaving many archaeological sites of ceremonial type.
To the north of the lake, the Pucará culture was another town that lives near the lake, who domesticated Llamas another South-American camelids. In this place is were many of the tubercles were domesticated a long time ago, served as food for centuries until our days.
Inca Period
The beginning of the Incas starts with a mythical legend, according to many chroniclers, the first two Incas that ever exist came out from the Titicaca Lake, send by his father and creator, the Sun (Inti).
Colonial Times
The creation of the Viceroyalty was the beginning of the control of the Spanish authorities (1542) until 1777, the year that was created the Viceroyalty of Río de la Plata, becoming part of this new State.
Republican times
When the army of San Martin came to Perú, the lake become bi-national, divided between Perú and Bolivia (1825).

By far the most common way to visit Lake Titicaca is on a group tour to the Uros Islands. These trips do not have to be arranged in advance and cost only a few dollars. Simply show up at the dock in Puno and wait for a boat to fill up, at which point it will leave for the islands.

The Uros Islands (also called the floating islands or Islas Flotantes) are what you probably picture when you imagine Peru’s section of Lake Titicaca. The islands are hand-woven from totora reeds by locals who learned the skill from their ancestors. The Uros tribe originally created and lived upon floating islands as a way to escape the aggressive and ever-expanding Inca Empire. Today, most members of the Uros tribe live primarily on the mainland.

A trip to the Uros Islands will last about two hours. Make sure your boat has a guide who speaks passable English (unless you’re fluent in Spanish or Aymara) and pay only when you’re at the boat to avoid being scammed. You can also book a basic tour at your hotel or with a travel agency for a few extra dollars and you’ll be transported to the dock from your hotel.

If you’re interested in venturing further into the lake, you can also tag on a visit to Isla Taquile, home to roughly 2,000 Quechua-speaking locals. Extended tours typically include the standard Uros visit as well as a few hours on Taquile to see the market and main plaza. Expect to spend about six hours total traveling by boat.

The majority of animals that live in the lake are duck, parihuanas and guallatas. Among the fishes are the trout, suche, and the Karachi, and the only amphibian is the giant frog that lives near the lake.
The flora consists of aquatic plants (12 varieties) and the famous totora, which exist and is used in many ways.

The terrestrial animal that lives is Foxes, guinea pigs, among others. Main touristic attractions
Textile art on the Taquile Island: This is a great experience to see what could have been living many centuries ago, the women of Taquile still preserved the techniques of sewing and spin the fabric used on his creations.

Uros, the floating islands: One of the most peculiar people lives here, they made from scratch these islands, using them once again mentioned totora, they take advantage of this vegetal in every kind of shapes, using also to create the totora horses, a kind of boat that floats gracefully on the waters of the lake. 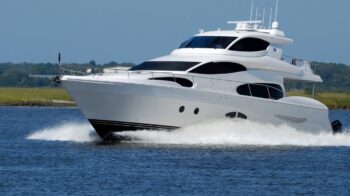 5 Steps on How to Get Your Boating License

REACH OUT FOR THE BEST ROOM IN THE REGION!

Top Places to Visit in Malta

How Do You Start Writing A Travel Blog?