All About Asian Karaoke and What to Expect

Singing at a karaoke bar with your friends or family is a popular pastime in most Asian countries.  If you think karaoke is already popular in the US, it is at least ten times more prevalent in Asia, particularly in the Philippines, Korea, and Japan. If you are planning to visit these countries soon, singing karaoke is an entirely different experience you will surely enjoy.

A Brief History on Karaoke

In 1971, a local Japanese musician, Inoue Daisuke, was the first one to create the concept of ‘karaoke.’ In his bar in Osaka, Japan, he would play a musical soundtrack and ask his patrons to sing along to the son. With people falling in love with its concept, Daisuke’s prototype karaoke quickly gained popularity. Shortly after, he would incorporate microphones and other musical instruments for his patrons to use while lip-syncing to the music.

People would often bring their friends to his bar for karaoke nights. However, he was not able to patent his invention, causing others to copy it. Daisuke and his family eventually went out of business.

In 1975, Roberto del Rosario, a president of a musical corporation in the Philippines, patented Daisuke’s invention. This led to the creation of the Karaoke Sing Along System. 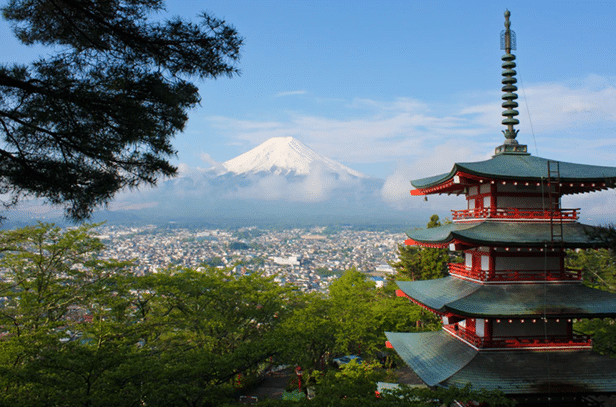 Many parents also encourage their children to use the karaoke machine at a young age, as it translates over to when they get older. Meanwhile, in America, karaoke machines are not conventional inside houses. Most of the time, it will only be used during gatherings.

Additionally, a trip to the karaoke bar is a common choice among coworkers after the end of their shift. They see it as a team-building activity. In contrast to that, Americans tend to grab drinks and head home immediately after a long day.

Also known as KTV in many countries, you can usually find signs in the streets that will lead you to the nearest karaoke bar. The most common types you can see are:

Private karaoke rooms will allow you to personalize your party using different songs or instrumentation tunes that you can request. Some centers will also allow you to tape your performance and settle everything at the reception desk.

When making a reservation, you must be prepared with your identification card as well as information like:

You can also avail the karaoke experience in package form. In Japan, most citizens pay for weeks of reserved karaoke fun.

Costs of Going to an Asian Karaoke

On the other hand, most Asian countries offer cheap alcoholic beverages at karaoke bars. With only $10 in your pocket, you can already have the time of your half inside a karaoke bar with your friends and singing the songs you like for an hour.

How You Can Enjoy Karaoke

If you travel to Southeast Asia, you might find karaoke machines playing everywhere, including some vehicles. This tradition is accepted by most passengers. If you do not prefer to hear someone attempt to belt some high notes on the bus, you might want to consider taking short trips.

Some karaoke bars also host parties where individuals of all styles gather. You can witness dressed up divas, screamers, and tone-deaf people who still enjoy the attention when they hold the microphone. Some families also sing and have a good time under the comfort of their roofs.

Find Asian Karaoke Places Near You

While the idea of singing along to a karaoke machine has been adopted by the west long ago, there is now a sudden rise in its popularity. If you wish to experience a karaoke night but don’t have enough to travel to Southeast Asia, you can try looking for an Asian karaoke place near you.

One of the most popular ones is Voicebox, which provides you with a private room. It copies the feel of an Asian karaoke room with its sound-proof walls, laser lights, and a disco ball. Aside from their newly-opened branch in Colorado, they also have a place in Oregon.

Karaoke nights are a lot more fun if you have a little alcohol in your system because it boosts your confidence when singing, regardless if you are hitting the right notes. However, you must remember that you should drink responsibly to avoid unfortunate accidents or missing some of your stuff.

Tensions may also arise when there is competition amongst your group so make sure that all parties stay respectful to the other. You should also check out the reviews and the credential of the place that you are going to rent to avoid complications. Remember to take care of the room you rented and do not leave the room messy for the next group.

Karaoke is already deeply ingrained to Asian culture. It is a continuing trend that they experience from their youth up to when they are old. While it is still a growing industry in the states, you can still experience the fun of it. Check out Karaoke Bananza for more Karaoke news!

« Rose Mansion In Punawale » 15 mindblowing places to visit in Sweden